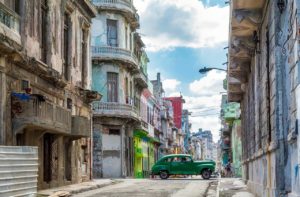 I just arrived back in the US after spending 10 days in Cuba. There is a bit of a learning curve when arriving that takes a day or so to get over. Mostly because of the lack of internet and 2 currencies to deal with. In this article, I will tell you what to expect when arriving in Havana as well as give my thoughts on the country after my short stay.

Getting the Cuba Tourist Card

I flew Interjet from to Havana from Cancun and bought my visa card at the airport. An airline employee was standing near the check-in line selling the cards. It costs $25. 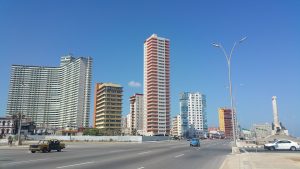 Exchanging Money at the Airport

There are several money exchanges in the international terminal. There was no line at the exchange when I arrived. The best currencies to bring to Cuba are Euros or British Pounds. Avoid exchanging US Dollars as there is a 10% fee to exchange them into CUC. I was in Mexico before Cuba so I just brought Mexican Pesos. They gave me a pretty decent rate. They only currency that they will give you in the airport is CUC. When you get into Havana, you can exchange some CUC for CUP. You will need both currencies.

I read that the US issued debit and credit cards can’t be used in Cuba but I didn’t try as I brought enough cash along for the duration of my stay. It is best to bring a bit extra just to be safe in case you don’t have access to your money while on the island.

A taxi from the airport into town costs $20-25. You can get into town for 1CUP or $.04 if you just take the public city bus like the locals. From terminal 3, where most international flights land, just turn right and continue walking for about 3 kilometers. The walk is pleasant. There is a wide grassy shoulder along the highway to walk on. Once you arrive at a round about, keep walking straight through. If you get lost along the way, just ask people where terminal 2 is.

Once you arrive at terminal 2, take a left and head toward the main road. The road is called Avenida Ranchero Boyeros. Cross the main road and take a left and walk until you arrive at a bus stop. You are looking for P12 or p16 bus. A bus should come by every 10 minutes or so. They will take you to la Plaza de la Revolucion. From there, you can walk the rest of the way to your accommodation. If you don’t have any CUP, you can just give them a few CUC centavos. I think I paid .25CUC which is over 6x the actual fare but that is the only coin I had. 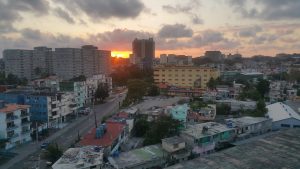 Getting Wi-Fi in Cuba

It is easy enough to get internet in Cuba these days. To get online, you need to buy an internet card with login for the Wi-Fi. It costs 1CUC per hour and can be bought near Wi-Fi hotspots, usually in parks. Just look for a little building or window where people are lining up. You will need your passport or an ID to buy the card. Cards are sold for 1 or 5 hours of internet usage. You are able to log in and out as many times as you like. You don’t have to use all of the time at once. The same card can be used in many places around Havana. If you see people sitting around on their phone, chances are you are in a Wi-Fi spot. The speed is decent if the park isn’t too busy. It’s best to use the internet during off hours such as early morning or late at night.

As a tourist, you are only officially allowed to ride the tourist bus service around the island. Ticket prices are inflated for tourists of course. It is possible to catch a local bus but not at the station. Also, you will almost surely be paying more than the locals for the same service. The train is also available to tourists but again, ticket prices are inflated for non Cubans. To me this is quite infuriating. The cheapest way to get around the island is by camion which is just a truck with seating in the back.

Museums also charge higher rates for tourists. Where a Cuban may pay just a few cents to enter, it will cost foreigners several dollars. I have encountered this in other parts of the world but it is quite extreme in Cuba where they charge several thousand percent more for tourist tickets. Expect to be taken advantage of in terms of pricing.

You can eat incredibly cheap in Cuba but the food isn’t very unexciting. I ate almost every meal in a small hole in the wall ‘cafeterias.’ I was shocked when I went to breakfast and had an egg and cheese sandwich, a glass of juice, and a coffee for about $.50. For lunch, I would have a pizza or a sandwich. Cuban pizza is just an individual sized pizza with cheese, ham, or onion and folded in half and eaten like a sandwich. It costs about 10-15 pesos or $.40-.60. Sandwiches are usually just ham on bread. They cost 5-10 pesos or $.20-.40. For dinner, I would have a meal with chicken or beef. For around 25 pesos or $1 I could get chicken, rice, beans, and a small salad. I was spending less than $3 per day to eat most days.

I stayed in a hostel in Havana called Nilda’s for 5CUC per night. This was the cheapest accommodation I found on the Island. The hostel was located about 3km from the city center in an apartment building near the stadium.

Outside of Havana, you will have to stay in a casa particular. These are just rooms that people rent out in their homes for tourists. You will generally pay between 15-25CUC per night. The price is negotiable so if you are staying for a few days or if you are traveling during off season you may be able to get a better rate. The houses are marked with a blue and white sign indicating that they have rooms for rent.

Be cautious as some of the owners will try to sell you expensive dinner and breakfast for as much as 10CUC. This is a rip off. You can always find a cheaper restaurant nearby. 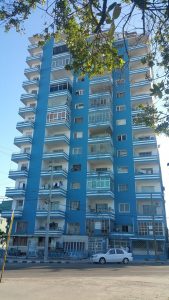 Where I stayed in Havana

Cuban people are just fine. I didn’t find them to be particularly friendly unless they wanted something, but they are polite. If you are lost or have a question, you can ask anyone on the street and they are happy to help. If anyone approaches you on the street, they probably just want to ask for money or want to sell you something. This makes connecting with the people quite difficult. When I travel I never give people money or buy souvenirs but sometimes I’ll talk to these people for a few minutes just out of curiosity to see what they have to say.

On one occasion I was having dinner with a couple of guys from the hostel before going out to a jazz club. Upon hearing of our plans, our waiter suddenly became the most friendly guy in the world. After talking to us for a bit, he tried to invite himself along to the jazz club. We would have been happy to have him join us of course, except for the fact that he was expecting that we would pay his cover and drinks. After telling him no, he ignored us for the rest of the meal. This type of encounter was not rare. People only being friendly to try to get something from you is rather off-putting. 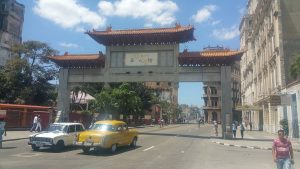 Final Thoughts on Traveling to Cuba as an American

Traveling to Cuba had been a dream of mine for many years so I was really looking forward to this trip. I enjoyed my time in Cuba but am not in any hurry to go back. The island is beautiful but the hassles of finding internet, dealing with 2 currencies, and being ripped off with tourist pricing put a bad taste in my mouth. I would love to explore the region more. Haiti and the Dominican Republic are on my radar for a future trip.