Spending the holidays abroad can be a lonely experience. It can also be an interesting way to learn about a different culture’s traditions and celebrations. Last year I spent my first holiday season abroad. I lived in Tijuana through Halloween, Dia de los Muertos, Thanksgiving, Christmas, and New Years. In this article, I’ll talk about how the holidays are celebrated in Tijuana and my experience as an American. This is my Christmas in Tijuana. 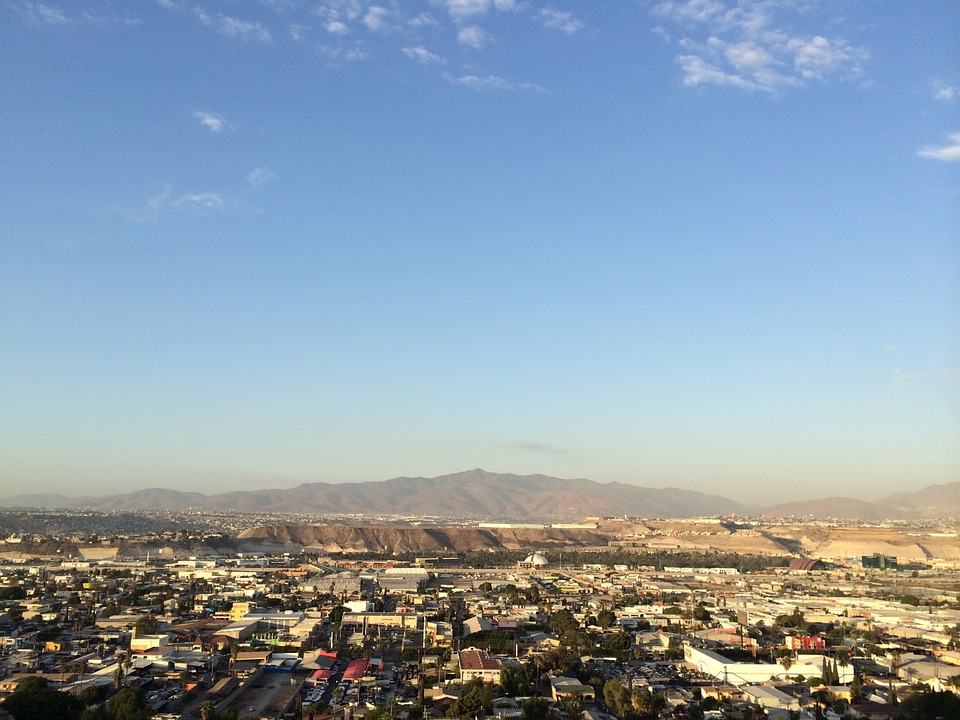 Halloween is celebrated in Tijuana but it’s really overshadowed by the Mexican holiday, Dia de los Muertos. Even though the decorations make the holidays seem similar, they are completely different in their origins and celebrations.

Dia de los Muertos is a multi-day Mexican holiday celebrating the dead. It lasts from October 31 to November 2. The celebration dates back hundreds of years to a similar Aztec festival. Originally, Dia de los Muertos was only celebrated in central and southern Mexico. Northern Mexico had its own culture and traditions. Today, people celebrate the holiday is throughout the entire country.

To celebrate Dia de los Muertos people gather with their families and friends to pray for and celebrate the life of their loved ones who have passed. Many families set up an altar in their homes with photos, flowers, food, and candles to honor their loved ones. Children play with toy skeletons and skulls to learn about the idea of death and what it means. In some parts of the country, people spend the entire night in the cemetery where their family members are buried. 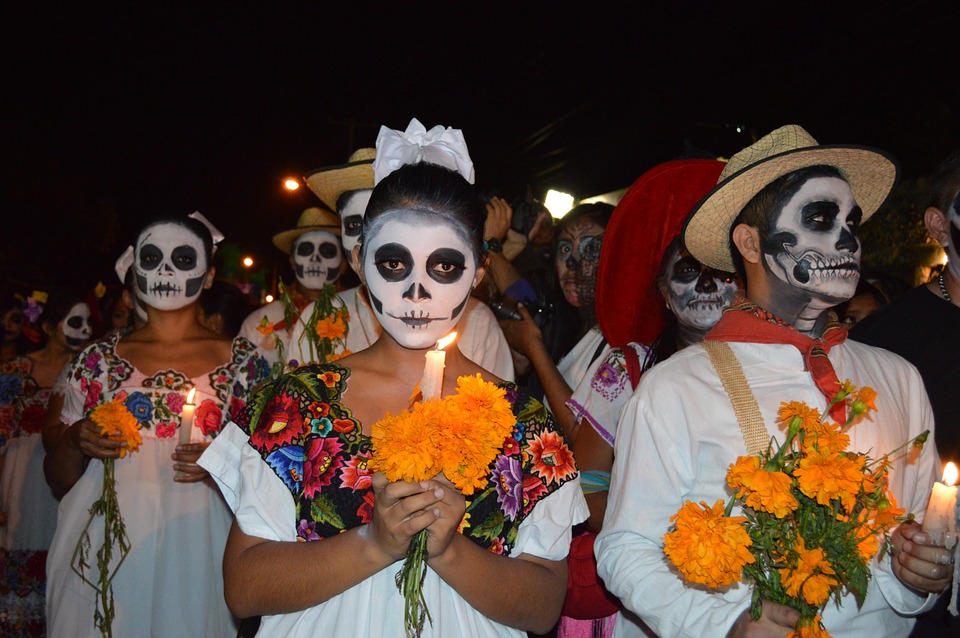 As a foreigner in the Tijuana, Dia de los Muertos is not really a holiday that I could participate in. I did enjoy seeing the colorful skull and skeleton decorations around the city. The aesthetic of the holiday is pretty cool. I also like the idea of a holiday celebrating the dead. That doesn’t really exist in the US. Instead, we’re taught not to really think about death.

As for Halloween, most celebrations in Tijuana seem to be targeted toward tourists. For example, pretty much every bar and club throws some kind of Halloween party with a costume contest and drink specials. Some of the plazas decorate for Halloween and offer activities for children.

Even though Thanksgiving is traditionally considered an American holiday, the celebration is becoming more and more popular in Mexico. After all, who doesn’t enjoy a good meal? Mexican Thanksgiving is a harvest festival just like the American version. Typical decorations include leaves, produce, fall colors, etc.

One major difference between Thanksgiving in the US and Mexico is that Mexican Thanksgiving is considered a religious holiday. It is a day to thank god for the events of the year and the food.

The food varies by region. Many families enjoy the traditional Thanksgiving turkey. Others serve their own traditional foods such as mole, enchiladas, various chorizo dishes, soups, etc.

For more information, check out this interesting article about Mexican Thanksgiving from Vice.

My Thanksgiving in Tijuana

I didn’t really have any plans for Thanksgiving so I decided to try to set myself up on a Tinder date. After a few messages, I found a girl who was willing to meet up with me. I wanted to go for drinks but she wanted coffee. I couldn’t afford to be picky at the last minute so I went along with it.

We met at a coffee shop downtown called Malvia Coffee. The place was actually pretty cool. It’s just a tiny hole-in-the-wall shop inside of an old mall. They have a patio with a few tables where we sat. The coffee was decent and affordable. I think mine cost 50 pesos. I recommend the place.

The date went just fine. We chatted and I practiced my Spanish. The girl spoke fluent English as well. After we finished our coffee, we walked around downtown for a bit and explored some nearby shops.

An hour or so later, the girl informed me that she had to go to her sister’s house for Thanksgiving dinner. Of course, I had to go out with the one of the few Mexican girls who celebrate Thanksgiving. She said that she would invite me but it would be kind of weird to meet her family seeing as we just met that day. I agreed.

On my way back to my apartment, I stopped by a Little Caesars and picked up a hot-n-ready pizza. That was my Thanksgiving dinner. I ate the whole thing. 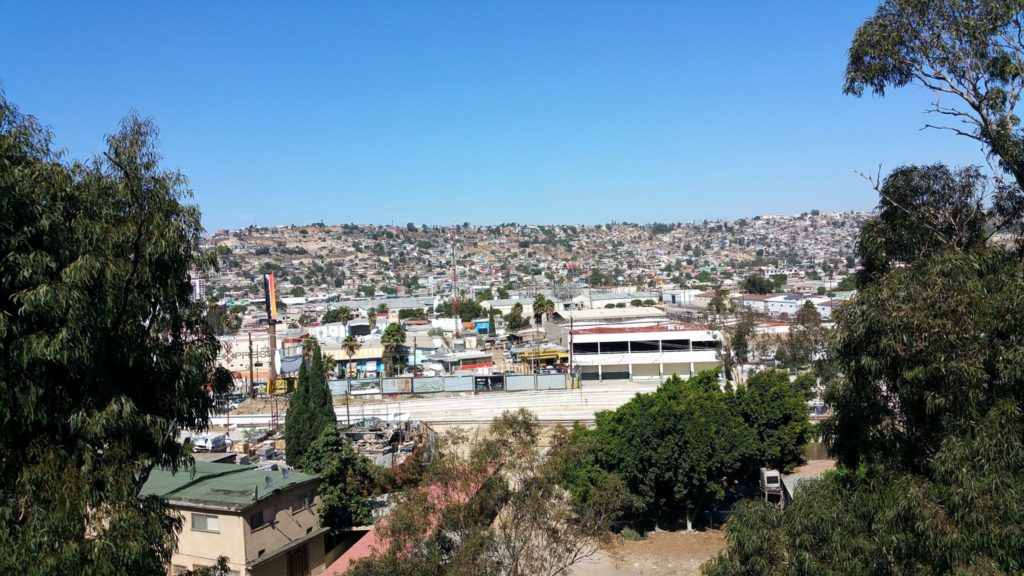 In Mexico, Christmas runs from December 12th until January 6th. The celebration mixes traditions from the prehispanic period, the colonial period, and Spain as well as from Germany and the United States.

In late November, Tijuana begins preparing for Christmas. People decorate their homes and businesses with the usual reindeer, lights, fake snow Santa, etc. One popular decoration in Mexico is the poinsettia. These plants originated in Mexico, where they are called “Noche Buena.” The nativity scene is also a common holiday decoration. I saw life-sized ones set up outside of supermarkets.

Historically, Christmas trees weren’t really a Mexican tradition but they are becoming more and more popular. Several lots opened up shop throughout the city. One was located right next to my apartment. I enjoyed the fresh smell as I walked by every day. They were always busy. Every time I walked by, someone was tying a tree to the roof of their car.

Pretty much every business plays Christmas music during the entire holiday season. I heard a mix of familiar songs sung in Spanish with some that I’d never heard before. Of course, classic American Christmas songs were played as well.

The main celebration takes place on Christmas eve. Traditionally, families attend a midnight mass followed by a large feast. The dishes that are served vary by region. Around midnight, people exchange gifts. Children receive gifts from their families as well as Santa and the Wise Men. People generally spend Christmas day recovering from the previous day’s festivities.

Overall, the holiday celebration feels pretty similar to back home. The biggest difference is that Christmas in Tijuana feels much more religious than in the US. It’s also slightly less commercial.

To read more about how Mexico celebrates Christmas, check out this interesting article from whychristmas.com 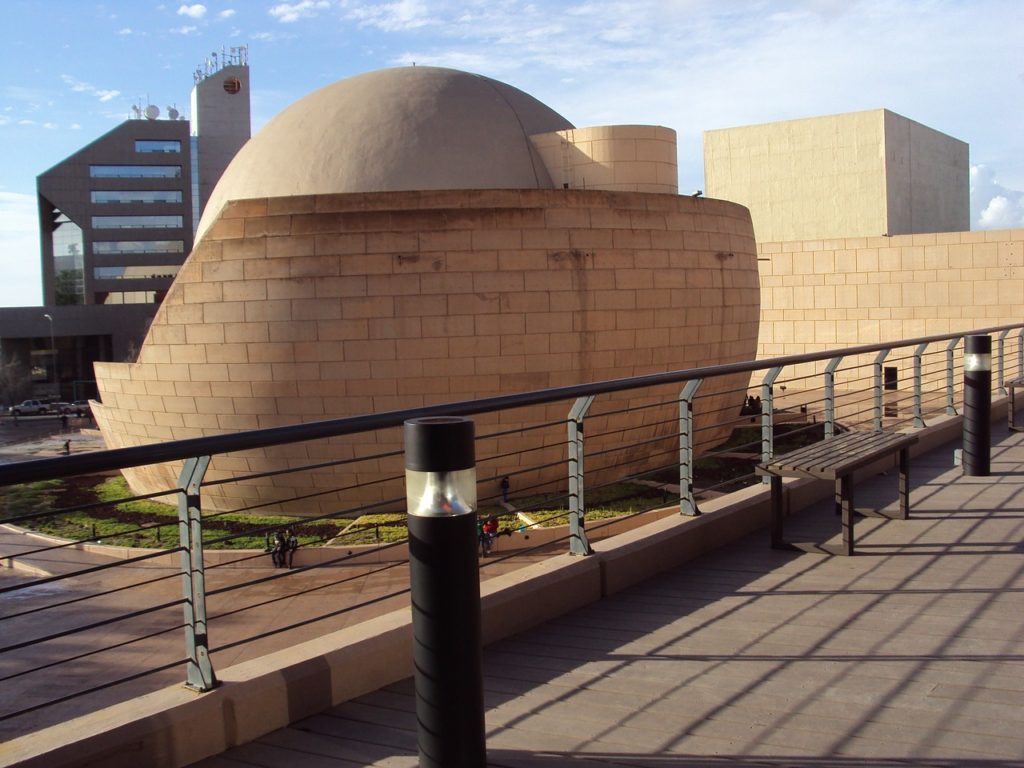 My Christmas in Tijuana

One unexpected issue popped up in early December. I had to move out of my apartment with little notice. I was living with roommates in Zona Rio. The lease was ending and nobody told me. I had 2 weeks to find a new place and move out.

After searching for a bit, I found an affordable room near 5y10. I had feared that I’d have trouble finding a place during the holidays. Surprisingly, the apartment hunt wasn’t too bad. I even got my deposit back on my first room. That was a pleasant surprise.

Christmas isn’t really a big deal to me so I didn’t mind spending it in Tijuana. I’m not from a religious family. Christmas is mostly just a tradition for us. We usually meet up at someone’s house, have a few drinks, and enjoy a nice ham dinner. It’s a pretty chill and standard American Christmas.

Originally, I was planning to drive up to my dad’s place to spend the holiday with him. Unfortunately, I caught some of the worst cases of food poisoning I’ve ever experienced just a few days before. I had eaten some tacos for breakfast one morning on my way to the border. I suspect that they had used last night’s leftover meat instead of fresh. By Christmas, I was feeling better but still wasn’t up to spending 4 hours on the road.

On Christmas Day, I just stayed in my apartment and watched some cheezy, low-budget Netflix movies on my laptop. There was nothing really going on for me to do in the city. Most businesses closed for the holiday. Everyone was spending the day with their families.

In the afternoon, I received a message from my new landlady. She asked if I liked tamales. A couple of minutes later, I hear a knock on the door. I open it up and was greeted with a big plate of fresh homemade Tamales. This made my whole holiday season.

Later, I learned that tamales are a traditional Christmas dinner in Mexico. Evidently, the landlady noticed that I was staying in by myself all day and felt sorry for me. This was a great welcoming to my new home in Tijuana.

A few years back, I spent Christmas in Tecate with my dad. Neither of us had been before and we had nothing going on for the holiday so we decided to drive down for a few days to check it out. Tecate turned out to be an excellent place to spend Christmas.

The city goes all out for the holidays. They decorate the town square beautifully. People were out and about shopping and celebrating. I guess there is a reason that Tecate is considered a ‘Pueblo Magico‘. If you’re looking to spend Christmas in Baja, Tecate is a better choice than Tijuana, in my opinion.

On Christmas Day itself, the town was pretty dead. Most businesses closed. We had to spend some time looking around for an open restaurant for our Christmas dinner. After some driving around, we ended up in a Chinese restaurant.

New Year’s Eve has always been my favorite holiday. There’s something refreshing about changing to a new year. Even though the change is just symbolic, it feels like a fresh start every January.

I decided to go out for some drinks on New Year’s Eve. Pretty much every bar had some kind of party going on. The night wasn’t too eventful. Most places offered some kind of drink specials and decorated for the holiday.

The sheer number of fireworks lit off impressed me. I’m not talking about a firework display. I mean fireworks that people were lighting off in their yards and on the streets. I’ve never seen anything like it. All night, there was a crackle of fireworks. It never stopped. At one point on my way home after midnight, I reached a high point where I could look over the city. A layer of smoke covered the entirety of Tijuana. 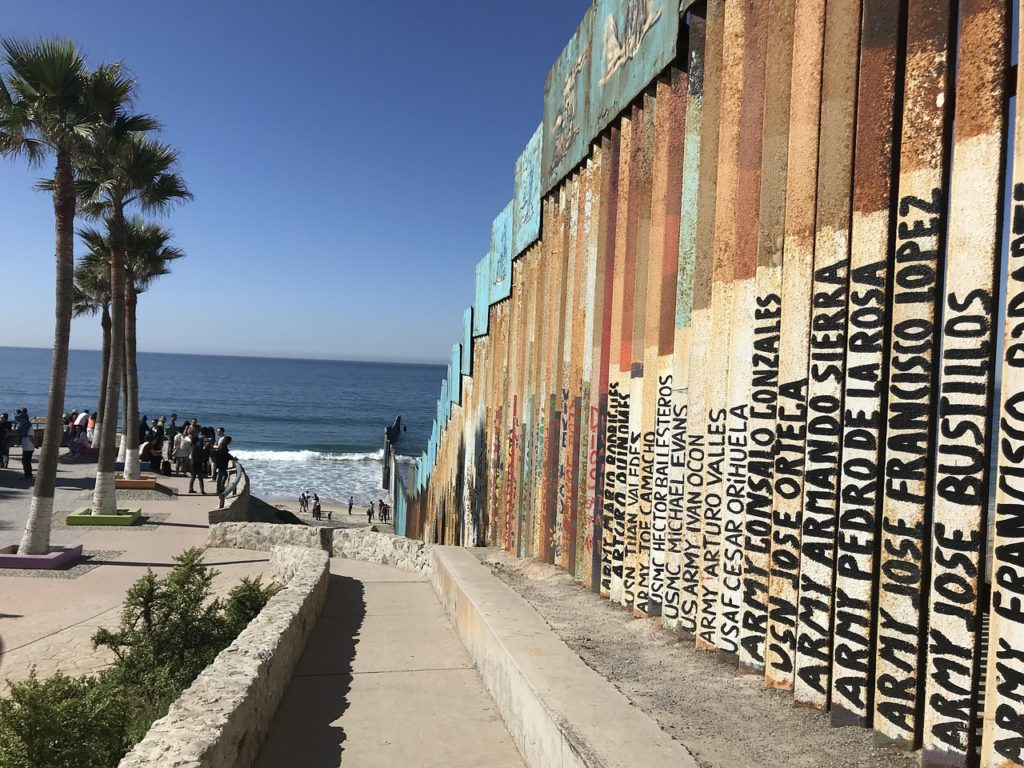 Final Thoughts: My Christmas in Tijuana

Tijuana stayed pretty active throughout the season but was noticeably quieter for near Christmas. There is really no draw to spend Christmas in Tijuana unless you have friends and family living in the city. If you just want to spend your holiday vacation in Mexico, Tijuana isn’t a bad choice.

Have you spent Christmas in Tijuana? Share your experience in the comments below!

More Tijuana Articles from Where The Road Forks