Home » Africa » My Phone was Pickpocketed in Tanzania and I got it Back!

My phone was pickpocketed when I was riding a minibus back to Arusha after going on Safari in the Serengeti. It all happened pretty quick. There were at least three guys involved and I’m not sure exactly who took my phone but I have a pretty good idea of how they did it. I have a feeling that this is a common scam that these guys pull off on tourists traveling this popular route. Luckily, the story has a happy ending. I was able to get my phone back from the pickpocket. Read on to find out how. 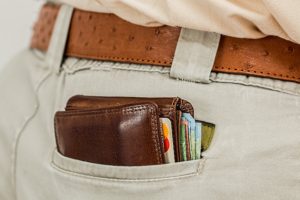 I was seated by the window when three guys flagged down the bus and packed in. As they entered, they threw a plastic bag and some jackets under the bench seat near the door. Two sat on the bench next to me and one behind me. The bus was crammed full of people at this point. My left thigh was touching the guy next to me and my right was pushed up against the side of the bus. I had my phone stored in the left side pocket of my shorts.

Once I reached my stop, I gestured that I needed to get out of the bus. The man closest to the door got out and began fiddling with the jackets and bags under the seat, acting like he was searching for something. This was done both as a distraction and to prevent me from getting out of the bus. Evidently, while I was gathering my backpack and trying to get around the guy who was blocking the door, one of the other guys reached into my pocket and swiped my phone.

Eventually, the first guy moved out of the way, probably after his friend signaled to him. I exited the bus and began walking toward my hotel. As a habit, I always feel my pockets to make sure my wallet and phone are present. Just in time, I noticed that my phone was missing. The worst part was that the phone held all of my photos from the Serengeti safari.

I immediately ran back to the bus which was just beginning to pull away, and began knocking on the door and yelling for them to stop. My initial thought was that my phone had simply slipped out of my pocket as I was gathering my things and getting out of the bus.

Kindly, I asked the passengers to help me search for my phone. One man offered me his phone to give mine a ring. That didn’t work. Several passengers suggested that I go to the police but I knew that they would be of no help. The driver and several passengers began telling me to leave, complaining that I was holding up the bus and that they had places to be.

At this point, it hit me that my phone had been pickpocketed and I began to lose my temper. I placed one foot on the ground and one in the bus and demanded that whoever stole my phone give it back. Everyone was yelling at this point. One woman in the back was on my side, I believe. She was screaming in Swahili at the guys who were sitting next to me. I think she was yelling at him to give my phone back so they could get back on the road.

After I had held the bus up for several minutes, the pickpockets must have realized that they had robbed the wrong mzungu. I was ready to tear the bus apart when my phone suddenly appeared. One of the guys who had been sitting next to me basically threw it at me. The phone landed on the floor of the minibus.

After picking up my phone and examining it for damage, I briefly considered starting a fight with the guy who had it. This idea soon passed and I just walked away.

The phone had been turned off. That is why one of the men offered me to use his phone to ring mine. I suspect that the driver had called the thieves and told them that there was a foreigner that they could rob.

By now, I feel that I’ve learned quite a bit about how pickpockets operate. To help you avoid having the same problems that I had, check out my guide: How to Avoid Pickpockets While Traveling.

Agree. I’m in Tanzania now, and while I’ve yet to visit Zanzibar(which I expect to enjoy a lot), the rest of the country has disappointed a lot. Bad vibes all around, and constantly being treated like a walking ATM. Every interaction involves some type of transaction, even with supposed “friends”. I’ve been to over 50 countries now, and this ranks in the bottom 5.

Yeah, I agree. I'm in Uganda right now and it's completely different. People are friendly and I rarely get overcharged. I'm sure you'll enjoy Zanzibar. That's the only place in Tanzania that I would ever return to.